What’s in Vape Juice? Which Vape juice ingredients to avoid Vaping Vs Smoking

The vaping world has received a lot of slack lately with people asking whether or not you really are better off vaping than smoking? Well, a two-minute search on Google will tell you that vaping certainly is 95% healthier than smoking. But despite this, a lot of questions have been raised about the safety of your e-juice. And since we are inhaling the substances that our vape juice contains, it definitely is a valid question. So here is the Vaping 101 on what e-liquid consists of and which vape juice ingredients to avoid. 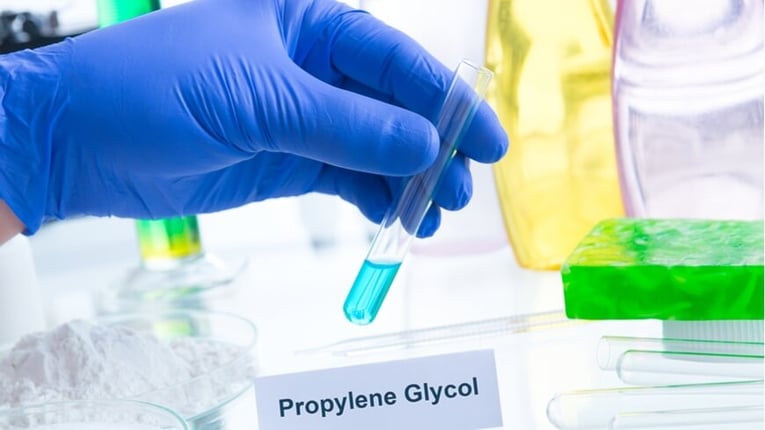 In order to create that smooth flavor, E-juice contains base ingredients consisting of PG (Propylene Glycol), VG (Vegetable Glycerin) or both. These base ingredients are then combined with natural or artificial flavors such as the grape, cherry, mint and the world of flavors you probably haven't even tasted yet. This mixture of the base and flavoring is what creates the unique and satisfying experience that vaping offers. But based on the e-liquid ingredients, should you feel safe to vape? Let’s look at these ingredients more closely.

PG is non toxic and commonly used to carry flavor in food products, as an ingredient in food coloring and also used as an additive in various medicines. PG can be used in your vape on its own, but a blend that combines PG and VG is much smoother than a base that is 100% PG.

VG is also a non toxic vegetable based liquid that is known for being very sweet and thick. Due to its density, a base that is 100% VG is very thick and difficult to vape effectively. A combined PG/VG blend is, therefore, recommended.

Both PG and VG are found in many common food items and are considered “safe for human consumption”.  There are exceptions, however, where some people experience an allergic reaction to PG. This is usually characterized by a tingling sensation in the throat and/or irritation elsewhere on the body. If this does occur, you should switch to a VG-based e-liquid, and can consult your doctor as with any allergy. But, apart from allergic reactions, studies show that PG and VG are considered “safe” ingredients in your vape.

Which Vape juice ingredients to avoid 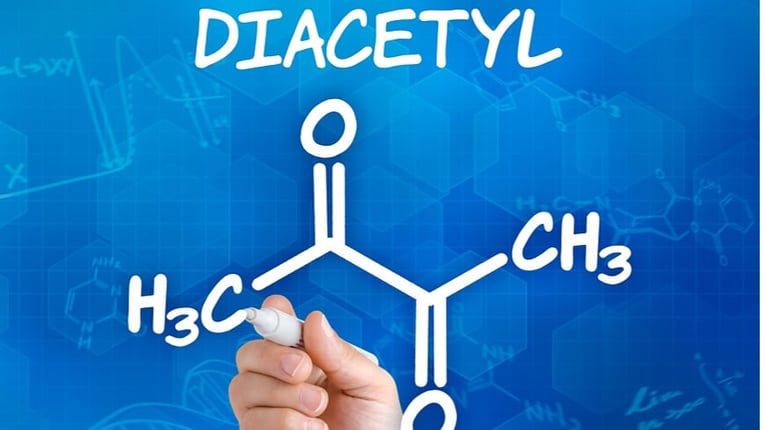 So we have established that the base ingredients in your e-liquid are generally safe to inhale and consume. So what’s the dangerous stuff? Well, the answer lies in certain chemicals that can be found in the e-juice flavor. Not all ingredients in the flavor are considered harmful, and there are many flavors available that are free from the dangerous ingredients. So that’s why it is important to know how to read your labels and which vape juice ingredients to avoid.

Diketone is an additive used for buttery or creamy flavoring used in some food products as well as e-liquids. By law, the testing of diketones in food products is actually compulsory, however, it is not legally required to be tested in inhalation products. This is why many of you may have struggled to find information on e-liquids that are diketone free.

But there is another reason why you won’t find the word ‘diketone’ on the label of your e-liquid. Diketone is not only one chemical, but instead it is the term used for a group of chemicals. The chemicals known to be diketones are diacetyl, acetyl propionyl, and acetoin. Each of these are very different chemicals, and acetyl propionyl and acetoin can occasionally contain traces of diacetyl. Let’s explore these ingredients in more detail.

Diacetyl is considered to be the most  harmful, or for scientific correctness let’s rather say questionable, of the three chemicals. In the 1990’s, the chemical made headlines after it was discovered that workers who had worked in a popcorn factory contracted bronchiolitis after inhaling high amounts of diacetyl for a long period of time. Diacetyl is an additive used to create the mouthwatering buttery flavor we crave in our microwave popcorn. So while the levels of diacetyl  had been tested in food, it had not been realized before this incident that inhaling diacetyl could also be potentially harmful. So for your own general knowledge you now know that because of this incident, Bronchiolitis is popularly referred to as “popcorn lung”.

It is important to note that many tests have revealed that even vapers that vape everyday and all day, won’t inhale nearly as much diacetyl into their lungs as the unfortunate popcorn factory workers, it still is a harmful substance that is going straight into your lungs, and you need to be conscious of the potential health implications.

While there still isn't any concrete scientific evidence that proves that these two diketones are harmful for inhalation, many vapers still try to avoid these ingredients when buying their e-juice. In the scientific world, vaping is considered a relatively young trend and therefore tests are still being conducted on the various elements of vaping. 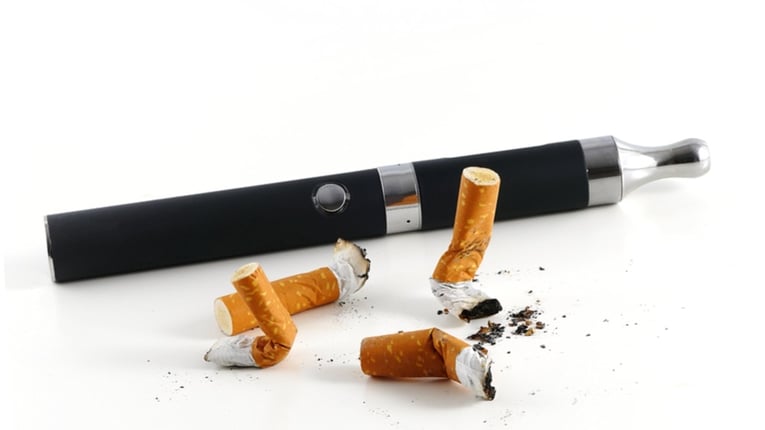 This brings us back to the popular question: Are you really better of vaping than smoking? The studies that have been conducted on this topic so far, especially in terms of ingredients, say YES!

A recent study conducted by the Harvard T.H. Chan School of Public Health revealed that smoking tobacco cigarettes resulted in inhaling 750 times more diacetyl than inhaling e-juice through your e-cig did. And to further back-up the vaping community,many e-juice manufacturers have removed the diketones from their flavors, allowing for many diketone free flavors to be available. So, due to this, Diacetyl doesn’t even exist in some e-liquids at all!

And if you are still not sure what e-liquid brands are diketone free, you can take matters into your own hands and make your own vape juice This will allow you to know exactly what’s in your e-liquid, and its 100% free of diketones.

So now that you know what vape ingredients to avoid do you feel more confident about vaping? Do you use any vape juice brands that are diketone free? Or perhaps you have an awesome e-juice recipe to share? Join the conversation in the comments below.