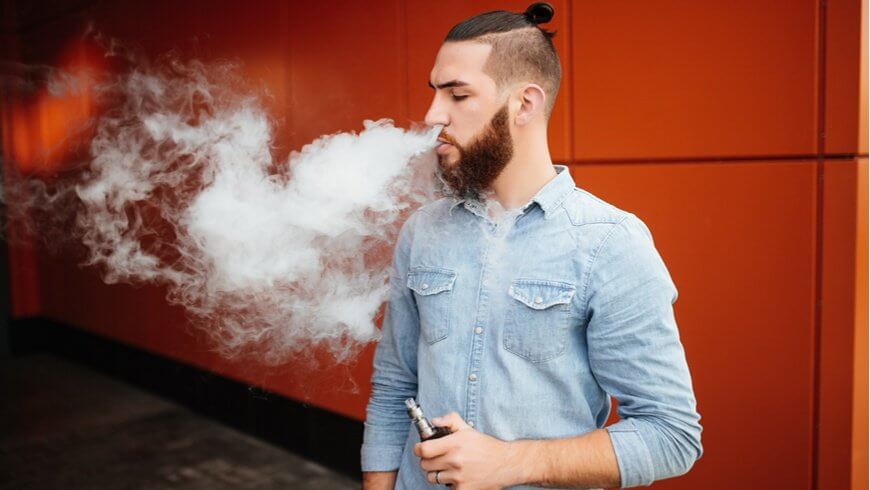 When you first enter the vaping the world, the technology available (such as vape starter kits) allow you to effortlessly ease into the hobby. But what happens when you start experimenting with more advanced vaping equipment where settings can and should change a lot? Calculating resistance is crucial, and so in this post we’ll get Ohm’s law vaping explained in detail for you...

When you begin experimenting with more advanced vaping trends such as using APV’s (advanced personal vaporizers), your technical knowledge will certainly need a boost in order to maximise your experience. The science of vaping is rooted in Ohm’s Law and the strange equations pretty much determine the intensity of your flavor, density and size of your clouds, and the temperature of your vapor.  The good news is that it’s actually quite easy to understand since it’s just a few simple mathematical relationships. Of course this is the 21st century and you can always cheat by using an Ohm’s Law calculator. But for those of you who would like to have a better understanding of the science behind vaping, here is Ohms law vaping explained...

Why vapers should learn Ohm’s Law?

To put it simply, Ohms law is used to calculate current, voltage and resistance in any circuit. Your own vape is, indeed, an electric circuit that functions like any other and your personal device probably has variable settings that allow you to adjust each of these aspects individually. By having a good understanding of Ohms law, you can also learn about power and wattage, which is the most common way to measure your vape’s performance. Other than performance, knowledge of Ohm’s law can also help you understand vaping safety, and avoid any hazardous actions.

Before we begin explaining Ohm’s law, let us first take a look at the components that form part of it and how they affect your vape:

Named after the man who discovered it, Georg Ohm, Ohm’s law deals with the relationship between voltage, current, and resistance in any DC circuit. The law states that at a constant temperature, the electrical current flowing through a fixed linear resistance (such as a wire) is directly proportional to the voltage applied across it, and also inversely proportional to the resistance. This equation can be written as:

It can also be visually demonstrated by using Ohm’s Law triangle:

By rearranging these equations and putting values into the spaces you can calculate each of these components within your vape.

What this means for your vape.

The law states that if you keep your voltage constant and lower your resistance you will increase the current, and more current results in more power. More power means the coils can heat up faster, vaporize the liquid quicker and therefore can produce bigger clouds. This is the notion that gave birth to the trend of sub ohm vaping.

By looking at these equations you may also have noted that you can increase the current by increasing the voltage. So you are probably wondering why we can’t just use more powerful batteries instead of lowering the resistance. Well, you're not alone. The amount of amps that can be push through your device is limited. Therefore, in order to really increase the currently effectively for your device, you need to reduce the amount of resistance in the circuit.

The Electrical Power (P) in a circuit is the amount of energy that is used or produced within a circuit. Power is the product of voltage multiplied by the current with the unit of measurement being the Watt (W). The equation is written as follows:

Or it can be illustrated in the form of the power triangle shown below:

As with the Ohm’s Law triangle, the components in the power triangle also represent their position in the three possible formulas and can, therefore, be used to help you calculate these components.

What this means for your vape

As with increasing the current, increasing the power of your device will allow you to vaporize e-liquid at a much quicker pace. People have discovered that vaping with a powerful battery, and a low resistance coil is an effective way to increase vapor production. Before you go “Woah! There’s no resistance in that power formula triangle”, you need to note that there many different equations that show the relationship between power, voltage, resistance and current. This brings us to the Ohm’s law pie chart.

To help us further understand the relationship between the different values, we can take the various Ohm’s Law equations discussed above for finding Voltage, Current, Resistance and Power and summarise them in a simple and easy to understand Ohms Law pie chart.

Summing it all up

That was probably a lot to process, so let’s sum it all up. Simply put, Ohm’s law states that you can alter your current and power in your vape by adjusting your resistance and voltage of your device. If increase your voltage or lower your resistance, you will increase the current and more current means more power. More power means more vapor, warmth and flavor.

Well, that’s your crash course in Ohms Law and vaping. Do you have a better understanding of the science behind vaping now? Do you think you are ready to try more advanced vaping trends? Do you have any tips for would-be sub-ohm vapers? Join the conversation in the comments below.

GET UP TO DATE NEW STRAIGHT FROM US.
ENTER YOUR EMAIL FOR SPECIAL PROMOTIONS AND
INFORMATION ON NEW UPCOMING PRODUCTS.

SEE WHAT WE ARE DOING IN THE OFFICE.
NEW PRODUCTS. GIVEAWAYS.