What is an RDA Vape?

What is an RDA Vape?

RDA is an acronym for rebuildable dripping atomizer. New vapers quickly learn all about atomizers and how they work in an electronic cigarette. In an RDA, users build their own coils and install the wire themselves. To vape the eliquid, it is dripped onto the cotton and wire. The vapor is drawn directly up through the mouthpiece, or drip tip. It is most often after trying cig-alikes and vape pens that vapers seeking a stronger, more flavorful draw will eventually find more advanced vaping apparatus such as an RDA.


RDA’s are made to use with a Mod, or an advanced personal vaping device. These are thought to be the pinnacle of vaping experiences. These devices are larger than vape pen types. They come in a variety of shapes. Some are tubular like a flashlight handle. Others are box shaped or look like an egg or pod. They have larger batteries than other types of electronic cigarettes, which delivers a larger amount of power. Another selling point is the wider array of functionality, allowing for more control over different aspects of vaping. Once Mods were developed, the vaping world was never the same. Soon after RBAs, RDAs, and RTAs were introduced and vaping in this fashion became a hobby of its own. Learn more about how RDAs work.

RBAs are simply rebuildable atomizers. They may or may not have a tank or some other type of storage for eliquid. The liquid is dripped onto the coils manually or held in a storage tank and vaped through the user-built coils.


RDAs are the easiest to use and also have the best airflow and vapor production of all types of rebuildable atomizers, making them the usual first choice when moving from a cig-alike. There are a few other choices with small but significant differences. There is not usually an eliquid storage. It takes only a few puffs and out comes the eliquid bottle again to drop a few more drops on the rebuildable deck.


Some people prefer to use a Squonk atomizer with a special mod, usually called a squonk mod or squonk box. It is the same design as an RDA but there is a hollow pin in the center where eliquid is dispersed from a soft bottle below it to moisten the cotton.


RTAs are rebuildable tank atomizers. They have a tank to hold the eliquid, but the user builds their own coils. Vapers who just can’t stand the inconvenience of taking out their eliquid bottle every four puffs love RTAs. The build deck is most often smaller than an RDA, which is a major drawback for those who like to build. Airflow is inferior to RDAs as well because the coils are submerged in the tank.


RDTAs are Rebuildable dripping tank atomizers. Although it used for dripping as an RDA is, the rebuild deck is similar as is the performance.

Differences in RBA, RDA and RTA and How to Choose the Right One

How to build your RDA

Rebuilding an RDA or RTA is a bit tricky at first, but once you’ve done it a few times, it begins to be second hand and you can set yourself up with a great build in no time. The first tip to keep in mind is to connect the deck to the mod with the screws provided to make it easier.

The basic center build with four posts works best if you space the coils. This just means that you wrap the wire into a coil amp and then make sure each strand of the coil is spaced evenly apart from the rest by just gently tugging or pushing them slightly apart. . Install the spaced out coils by placing a lead into a post hole and the other end into the corroborating post hole.

Using a gentle touch as not to go too far, nudge the wire coils against the posts as far as the leads will allow. It is then time to tighten the screws down upon them. Once they are all tightened down, pull them off the posts until they are not touching.

Start with two strips of approximately 1/8 of the cotton pad for each coil. Don’t forget the strips must fit inside the coils. Next, peel off the front portion of each side of the strips. The cotton should then look fluffy on each side.

There is some argument when it comes to the best RDA starter kit. As with everything else in vaping and life, it is all about your personal preferences. Squonk atomizers are thought to be a superior choice for newbies because of their ease of use and strong power. They deliver a flavorful burst of vapor that is thick as well as strong. The Vaporessa Delta is often recommended in these cases. The oversize firing buttons, superplay mode, childproof filling system, and press to squonk button make it an obvious choice. 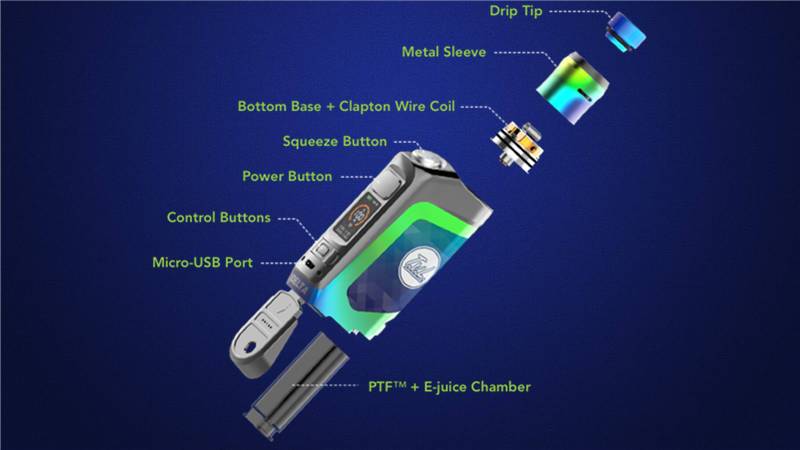 RDAs are not the easiest way to vape, but the benefits are so desirable the difficulty is often overlooked. The powerful burst of flavor they deliver is worth the trouble for any vaper searching for something more than a cig-alike or vape pen. When you are ready for a vaping experience that is more professional and a serious attack on your cigarette addiction, an RDA is a great and effective choice. Always treat your RDA, and any device with such powerful batteries, with extreme care.