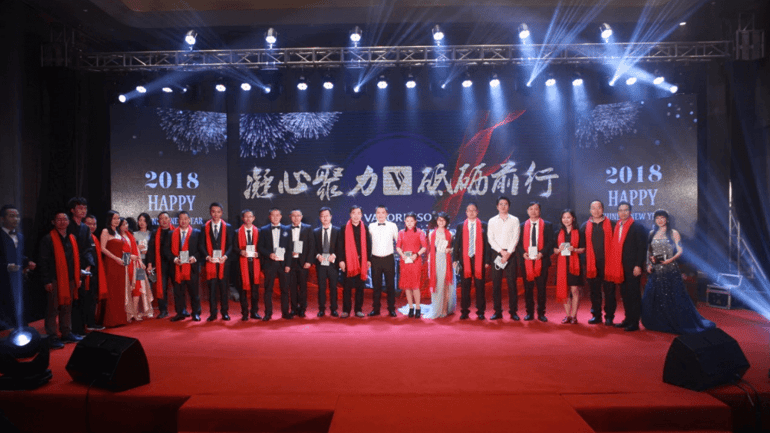 With the opening speech of General Manager Simon, the Commendation Conference started. Simon summarized and praised the work of different functions in 2017, including R&D, Marketing and Sales, Production and Talent Development. He also pointed out the limitations and made prospect of the coming 2018. Meanwhile, "Excellent Staff" of 2017 were commended at the conference. At the end, different teams made their commitments of 2018. 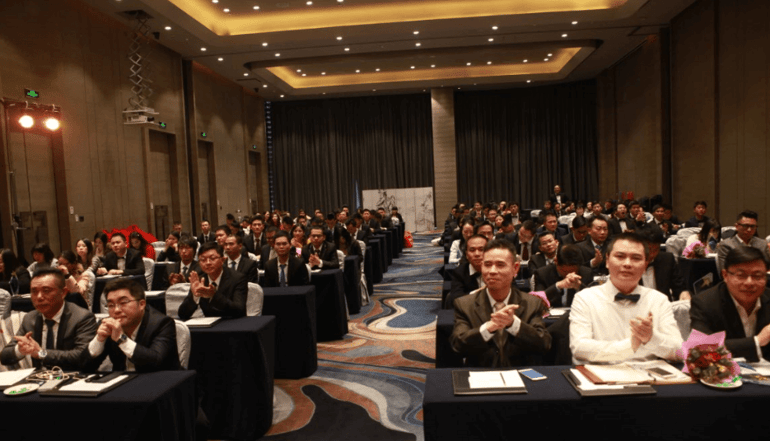 As the music began, Simon kicked off the Red Carpet Show by first appearance, all staff were dressed up and walked down the red carpet. The impromptu speech of two hosts busted some sparkling aura of witty wisdom, not only enhanced the attractiveness of the show and enhanced their expectation of Appreciation Banquet. 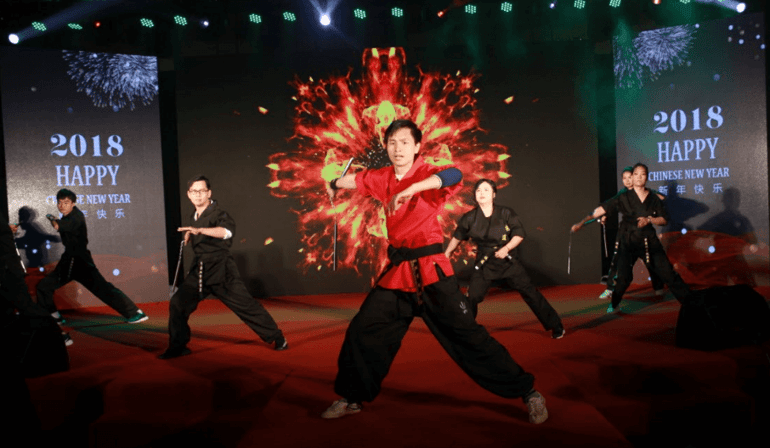 The most anticipated activity – Appreciation Banquet started with the video of Customers’ Blessing. The performers presented a wonderful banquet with different shows: Singing, Dancing and Talent shows, the visits were immersed in a joyous atmosphere and the banquet was filled with waves of laughter and applause. In the meanwhile, with the lucky draw of happiness prizes, the banquet reached the climax. All managements were invited in the last show - < Unrestrained and Far-Ranging> by Beyond Band, which raised climax again. At the end of the banquet, General Manager Simon gave his blessing to all: just like the theme of this appreciation Banquet: Gather Strength and Forge Ahead, Happy New Year!