What is Second-hand Smoking? What you do not know about it? How about secondhand “smoke” from vaping? 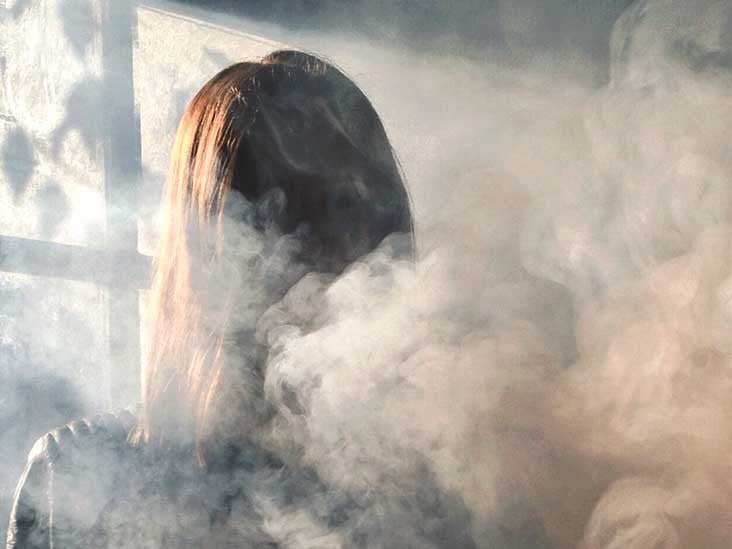 Tobacco is bad news, even if you are not one with a cigarette. When a friend or colleague smokes a cigarette, most of this smoke does not enter their lungs. It actually dissolves in the surrounding air, which you breathe.


This is why smoking is prohibited in public places. People are exposed to the risks of second-hand smoking, in particular children whose parents are avid smokers. Now let’s retread a bit.

What is Second-hand Smoking? What you do not know about it?

For those who don’t know what is second-handing smoking and how it works, they should know that secondhand smoke (SHS) is known as environmental tobacco smoke (ETS). It comprises of 2 types of smoke which are released from tobacco:


In a case when non-smokers are exposed to involuntary smoking (secondhand smoking), they inadvertently breathe in the toxic chemicals and nicotine in the same manner as smokers do. The more smoke they inhale, the higher amount of these toxic chemicals enter into the bloodstream. Interestingly enough, there is no safe amount of exposure for passive smokers. They have equal probability of contracting cancer and cardiovascular diseases.


Pipe, cigar and cigarette releases secondhand smoke. This tobacco smoke contains 4,000 chemicals compounds, of which 250 can cause a disease in humans. Non-smokers have a 30% risk of contracting lung cancer or other different types of cancer. In addition, it increases the risk of cardiovascular diseases, too.


The smoke from cigarette tends to make blood sticky. As a result, the ratio of bad cholesterol (LDL cholesterol) and linings of the blood vessels are considerably damaged. All of these factors culminate in unexpected cases of heart attack or a stroke.

The lethal effects of secondhand smoking might be common knowledge among adults. But a little known fact is that it is even lethal for growing children. This is mainly since their organs and bodies are still in the development phase.


According to Centers for Disease Control and Prevention (CDC), black children have a higher percentage of exposure compared to white children. Children do not have much of a say in an environment where smoking is commonplace.

Now let’s talk about the elephant in the room. For those adults who don’t know, involuntary smoking can cause a range of life-threatening diseases. They might have colleagues in workplace who smoke regularly, or may have avid smokers in social circles, or family members who are habitual smokers.


Some life-threatening diseases caused due to secondhand smoking are mentioned below:

Can you fail a Drug Test due to Secondhand Smoke?

No, a person is less likely to fail drug test due to secondhand smoke. As of yet, there are no peer-reviewed and published studies which indicates something of the sort or anything close to it. Someone exposed to passive concentrates of marijuana in concerts and parties is more likely to pass the drug test. Room ventilation, hours of exposure and drug potency are some factors, which contribute to failure though.

How about secondhand “smoke” from vaping?

A number of British and American studies have concluded that vaping is a better and safer alternative in contrast to smoking. The Public Health England declared that e-cigarettes are 95% safer compared to smoking. The Cancer Research UK has also concluded as a viable substitute to combat against smoking-related illness. But, is secondhand “smoke” from vaping harmful?


One of the major sources of secondhand smoke from cigarettes is sidestream smoke, which contains excess amount of cancer-inducing agents (called carcinogens) and is highly toxic. Fortunately, e-cigarettes do not emit vapor when they are not being used. Moreover, studies have found that secondhand “smoke” from vaping is not as harmful as secondhand smoke from cigarette. However, this does not mean that e-cigarette vapors are completely free of toxic substances (Goniewicz, et. al, 2013).

Founded back in 2015 by the parent organization SMOORE (2006), Vaporesso has one of the longest history in vaping industry. The company has come a long way since then and offers entry-level and advanced users a range of vaping devices that suits their vaping and flavor needs.

Zero by well-renowned Vaporesso is more of a beginner’s device. As a simple, low-cost and flavorful substitute to smoking, it is suitable for those who aspire to quit smoking. The device is composed from medical-grade materials and offers you immense flexibility in terms of flavor selection. The ‘press to fill’ mechanism is easy to work with and makes refilling quite simple. It has 3 power modes and safety features makes it a must-have device.


The Vaporesso Zero is a fantastic option for entry-level vapers and also for those who require a high-nicotine dosage. Checkout more

Get the latest product launches, promotions, contests delivered straight into your inbox for free!

Releasing new products, holding an activity? Follow us to find out more.