Who Invented the Contemporary E-Cigarette? Who Made the First Commercially Successful Vape? How Vaping Developed Around the World Is the Government’s Attitude About Vaping Changing?

With so much hype and controversy about vaping, it is useful to go back and examine how long vapes have been around. While you may think that vaping is extremely new, people around the world have been experimenting with vaping and e-cigarettes for several decades now. To answer that question who invented vaping, we have to go travel throughout several decades of history and meet several individuals who were passionately looking for an alternative to old-fashioned smoking.

Who Invented the Contemporary E-Cigarette?

The origins of the earliest e-cigarette can be traced back to a man named Herbert A. Gilbert.[i] Gilbert was a scrap metal dealer from Beaver Falls. In his spare time, he invited what he called the “Smokeless,” which was a small black aluminum cylinder with a silver tip. The Smokeless contained a liquid warmed by a battery-powered device, which then generated a vapor which the user inhaled. Some of the flavors that Gilbert created included mint, rum, and cinnamon.


Unfortunately for Gilbert, he was never able to find a company that would mass-produce his invention. He never made any money on his creation. The patent that he obtained for his invention is now expired. But having said this, Gilbert was a visionary. He galvanized the idea of alternative tobacco and presented another option to individuals who wanted to move away from traditional cigarettes. Contrary to the arguments of opponents, vaping was not created as a way to prolong cigarette smoking or to help our youngest generations become tobacco addicts.[ii] Vaping did not begin in a large corporation’s lab. Rather, it had humble beginnings and took off from there.

Who Made the First Commercially Successful Vape? 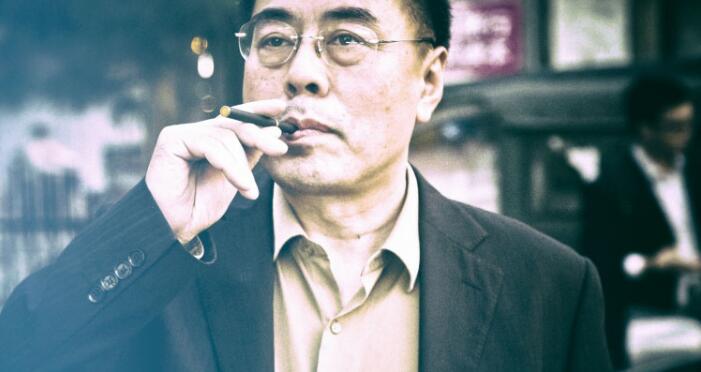 When we are speaking about modern vaping as we know it, we must turn to the work of a Chinese pharmacist. Hon Lik is a Chinese traditional pharmacist who is known as the father of modern vaping. In 2001, his father died of lung cancer.[iii] Hon Lik himself was a heavy smoker and, concerned about the health effects of cigarettes, began working on a device that would deliver a nicotine hit to users without the actual need to smoke cigarettes.[iv]


His first invention looked very different than the vapes and e-cigarettes we see today. Instead of using a heating element (which is used to heat the e-liquid and produce vapor for the user to inhale), Hon Lik’s initial design used a piezoelectric ultrasound element, which made his vape bigger and bulkier than vapes that we see today. Also, a large advantage that Hon Lik had compared to Herbert A. Gilbert is that Hon Lik could leverage affordable, high-capacity batteries, which can store enough energy to run an e-cigarette for hours at a time.


Hon Lik kept refining his invention until he created a smaller, more practical vape that leveraged a heating element. In 2003, he obtained a patent for his invention in China. One year later, Hon Lik’s vape began hitting the market through Ruyan, which is a Chinese company that he worked for. In 2005, Ruyan began exporting vapes and e-cigarettes outside of China, and they began entering the U.S. market in 2007. Off of the massive success of his invention, Hon Lik, in 2013, joined Fontem Ventures (which is the parent company of blu) to continue developing and innovating in the e-cigarette sector.


While Hon Lik is the most significant figure in modern vaping, the growth of vaping itself has mostly been through the grassroots. Smokers were looking for an alternative to traditional cigarettes and e-cigarettes sufficiently took on the job. Hon Lik’s invention has led to a quickly growing industry—mostly through word-of-mouth.

How Vaping Developed Around the World

While Hon Lik invented the modern vape in China—one of the world’s most populous countries—the e-cigarette and vaping industry has grown throughout the world. The United States is the world’s largest vape market, with over nine million users spending $3.7 billion per year on vape-related products.[v] Vaping is also popular in Europe—albeit in a distinct handful of countries. The U.K. has 2.8 million vape users and Russia has 1.5 million vape users. Some of the other more significant vaping nations in Europe include Italy, France, and Poland. And in Asia, while China is a large distributor of vapes around the world, it is not the most populous vaping country on the continent. Instead, it is Malaysia, which has an estimated 1 million vapers who spend $117 million each year on vaping and e-cigarette products.


Ultimately, while vaping continues to have its fair share of critics, the public’s attitude toward vaping is becoming much more positive. According to a recent Gallup poll, a substantial number of American respondents feel that smoking is more dangerous to health than vaping.[vi] In the U.K., surveys show that most people feel that e-cigarettes are far better for health than smoking tobacco.[vii] While sentiment is not universally positive, more and more people are understanding that vaping can be an attractive (and healthier) option to smoking.

Is the Government’s Attitude About Vaping Changing?

The future of vaping is quite exciting. Grassroots enthusiasm for vaping continues to exist, and vaping startups (like Juul) have experienced significant growth. While governments (including the U.S. government[viii]) continue to place roadblocks in front of even further adoption, users’ enthusiasm for vaping products means that vaping isn’t going away anytime soon.


Along with this, Big Tobacco is recognizing the power of vaping and e-cigarettes. For instance, Altria, the manufacturer of Marlboro cigarettes, announced in December 2018 that it would be investing $12.8 billion into Juul, valuing the company at a stunning $38 billion.[ix] This is just one investment into one e-cigarette company. Big Tobacco, in fact, controls only a small portion of the collective vaping industry. But having said that, the fact remains that Big Tobacco understands that e-cigarettes and vaping represent a significant threat to their business model.


It is easy to forget that the modern vaping industry—not vaping itself—is only about one decade old. As with any industry, there are growing pains. However, the potential growth of the vaping industry is tremendously exciting. We can’t wait to see what happens next.


[i] Smithsonian Magazine, Plans for the First E-cigarette Went Up in Smoke 50 Years Ago, Smithsonian Website, Dec. 2018.