The State of Vaping at Retail

For the last few years, in the surging height of vaping’s flurry into the market, vape shops have enjoyed what could easily be termed ‘golden years’. The industry itself has come into its own in the last decade with multitudes of retailer benefits over the ‘gas station’ tobacco industry - the most profound of which has probably been the comfort of a space for unchallenged innovation in the industry, with independent vape retailers and distributors running the show as a result.

However, the recent FDA ruling on industry regulation could effectively mean that the golden era may just be entering a period of survival slightly more dull and less omnipotent that what we’ve been used to with the vape industry in the USA. But, a closer look into some of the trends in the industry, both current and predicted, could give us a clearer indication of what we’re likely to see with vaping retail as it moves into it’s next-most definitive era.


Initially, the disposable e-cigarette dominated the market - largely because of the rapid acquisition of early vaporizing products by big tobacco companies in an attempt to curb the independent growth of the industry. However, that has not stopped the rapid expansion of the personal vaporizer industry, which continues to innovate and expand on an exponential level - fueled even more by shared vape-community interest in moving away from big tobacco acquisition for the sake of the fast-rising retail shop market.

Vaping is largely an independent market, and the massive emergence of start-ups in the industry show that inspired innovation is alive and well and that this is not an industry intent on moving into product-stagnating acquisitions.

In the U.S. in 2015, the $3.5 billion industry experienced a significant boom, in part because of the legalization of marijuana across many states. Many marijuana users prefer vaporization as an intake method, and the legalization of the drug brings about an increased demand for the vaporizer product as the customer base widens from just those who wish to quit smoking. 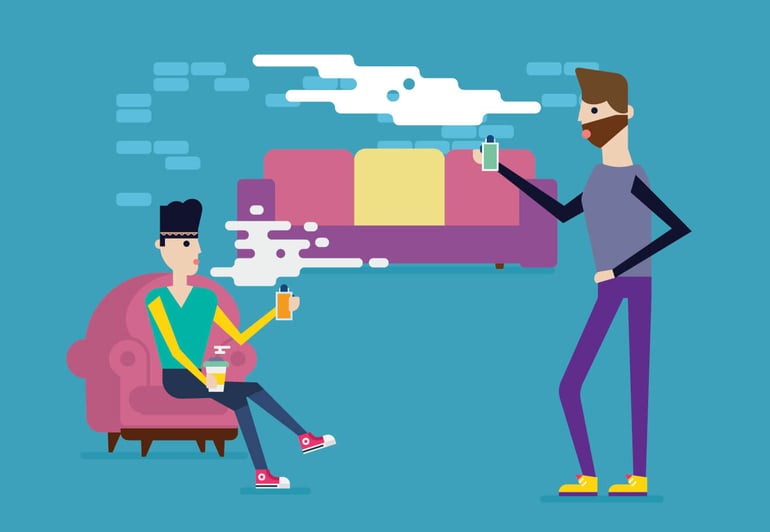 The Quit Smoking Community has published a guide to the best vaporizers for medical marijuana, signifying the link between growth from both quitting smoking and welcoming new marijuana users into the community with an expansion of product at retail. Marijuana is big money and the vaping industry has responded to the demand with industry-serviced retail opportunities in the interest of providing for an extended customer base.

The trends in the last 10 years show that, on average, the vaping market is doubling every year. What we’re seeing in this staggering growth is a definite move toward the prevalence and dominance of third generation devices, as opposed to generic e-cigarettes. We’re also seeing that convenience of online vape shopping is surpassing the traditional retail market by about 8% of sales.

While the regulated future of the industry certainly makes for uncertain times ahead, the U.S. market is still predicted to be the driver of growth that will amount to $50 billion globally by 2025. The industry is likely to continue with 100% growth annually, but after 2017 we could see that being curbed downward with federal regulation coming into full effect.

As product innovation is likely to standardize along with what regulation allows, what we’re probably going to see is increased emergence of vape chain stores that keep independent movement within the industry to a level that leverages the effects of regulation.

While the growth of the industry is not in question, what is in question is how regulation will affect the movement between acquisition and independent innovation and how this will translate in sales terms. Interesting times ahead...