What is a Mech Mod? Are Mech Mods for you?

What is a Mech Mod? Mech Mods vs. Regulated Mods Types of Mech Mods Are Mech Mods for me?

Have you ever wondered, “what is a mech mod?” Well, you’re not alone. If you’re considering a mech mod, you’ve come to the right place. You’ll learn all you need to know here.


In the world of vaping, some terms can get complicated and confusing; there are so many types of devices that you can use and you might just get lost in the technicalities. Basically, there are 5 general types of vaping devices: pod, stick/pen, box, squonk, and mech mods. We’re exploring mech mods in this article, so let’s get started.

What is a Mech Mod?

A mech mod is short for a mechanical mod. They can be found as mech mod vapes or mech mod kits, depending on if they’re being sold as a full-package. 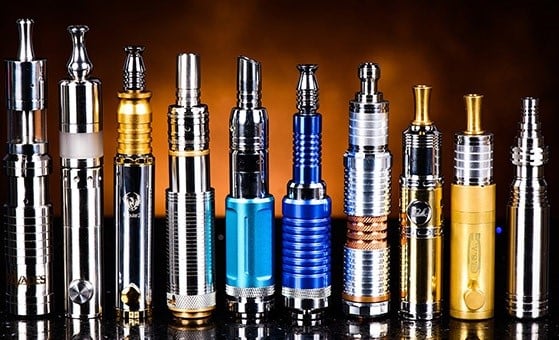 Mech mods are composed of a housing unit that holds a battery and has an attachable atomizer, usually rebuildable drip atomizers (RDAs). The battery is positioned to connect with the top cap (the positive side) and the bottom cap (the negative side). The mech mod is then operated with the push of a single fire button, typically located on the bottom or the side.

When it comes down to it, vapers love mech mods for the power and experience that they can provide. Usually, they’re for advanced vapers as they can be intimidating and complex for new vapers. Heavily sought after for the cloud chasers, mech mods can be further divided into regulated and unregulated categories.

Mech mods, even the best ones, are usually unregulated. This means that this device is essentially a cylindrical mod that is powered by a battery but has no type of circuit board or chipset. While that means that all of the battery’s power goes straight to giving vapers those dense and envious clouds, there are no safety features attached to this device.


There are some advantages to not having a chipset to regulate a mech mod besides just the vapor production.


The disadvantages, however, may be the reason mech mods aren’t as popular outside of the advanced vapers’ circle or the die-hard classic vapers.


Regulated mods will probably be the more common kinds of mods that you’ll see vapers using and are usually the recommended option for beginners. The other general types of vaping devices mentioned earlier will pretty much fall under the regulated category.

A screen is usually included in the design so that you can monitor your battery consumption, what the resistance of your coil is, what wattage you’re vaping at, etc.


Mech mods come in an assortment of shapes and sizes – you might have seen some crazy big ones out and about or at vape expos.

Are Mech Mods for me?

Honestly, mech mods are a personal choice. Most people will not recommend getting a mech mod – even if you’re an advanced vaper – unless you have a strong understanding of how they operate. Mech mods require a little more studying on the mechanics because you’ll have to know about currents, Ohms law, and battery safety, just to name a few.


>Here are some things that you’ll need to know if you’re seriously considering using a mech mod:


Some advanced vapers and trickers will enjoy using mech mods because even without the regulating chipsets and seemingly customizable experiences, mech mods are still versatile. People who like to build RDAs can also enjoy using the power of mech mods.


Unless you are keen on learning about all the technicalities to ensure a good vaping experience with mech mods, regulated mods are a great option. They are usually user-friendly and convenient to find and use. One of the big advantages is that you can customize your vaping experiences with regulated mods by being able to visualize the settings instead of having to study and understand how to customize your experience with a mech mod without being able to see how your coil reacts with the power.


If you do end up choosing to try out a mech mod, learn about the details before you get one. It will make your cloud chasing experience that much sweeter.


If you’re looking for some of the best mech mods in 2019, check out this list:

This 24mm diameter beauty is made from 99.99% pure red copper. All materials are high quality and made in the USA, which makes the $99.99 price-tag worth it.


Affordable and well-assembled, this direct battery-to-atomizer hybrid has excellent conductivity and replaceable sleeves so you can customize the look. Made from 7071 aluminum, this device also features an adjustable Delrin section at the bottom connection so you can adjust it according to your battery.


Compatible with 18650, 20700, and 21700 batteries, this multi-point contact pin device ensures optimum conductivity. At just 27mm in diameter and with various colors and finishes available, this hybrid-style, single tube mech is one of the best mech mods of 2019.